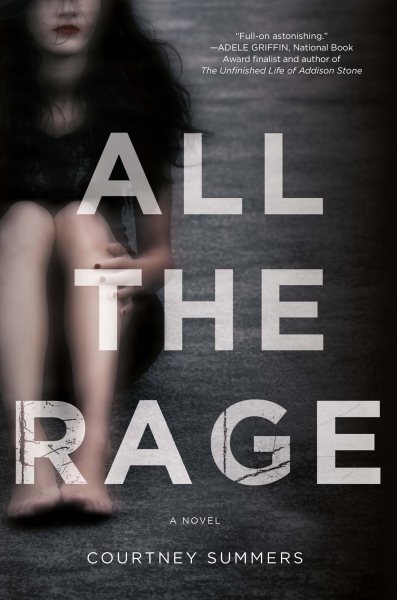 Staff Review: "All the Rage" by Courtney Summers

Romy Grey is an outcast and has been branded a liar because she accused Kellan Turner, the eldest son of the county sheriff and the head of a national automotive parts chain, of sexually assaulting her. The sheriff blamed Romy for what he deemed a consensual encounter—after all, she had been “chasing him,” and wasn’t her attire and inebriated state evidence of her interest and presumed consent? In the present, it’s the morning after the annual not-so-secret senior party at the lake, and Romy wakes up partially dressed on the side of quiet road miles from anywhere and with no memory of the party. Her former best friend and universally adored classmate, Penny, is missing, and it’s clear to her that everyone thinks they found the wrong missing girl. Her only refuge from the relentless bullying from her classmates and disapproving looks from her teachers is her job in a diner just outside of town where her co-workers don’t know her story, but Romy knows it’s likely just a matter of time. This powerful book thoughtfully explores victim-shaming and the additional emotional burden it inflicts on already-traumatized victims of sexual assault. Romy is a well-developed, flawed, and realistic character who is trying to move forward with her life but is struggling to negotiate the psychological fallout of her assault and resulting shame. Fans of Laurie Halse Anderson and Ellen Hopkins will appreciate this book.