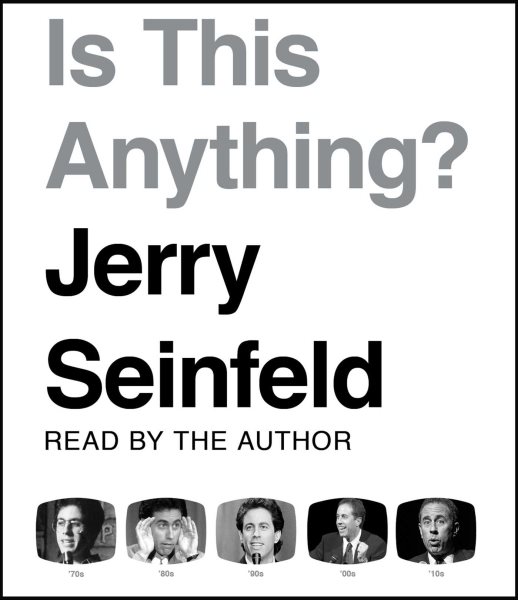 Staff Review: "Is This Anything?" by Jerry Seinfeld

If you're a child of the 80's and 90's like I am, you might enjoy catching up with Jerry Seinfeld by reading Is This Anything? The first chapter begins with him explaining his passion for comedy and how even though he had other hobbies and interests growing up, they meant nothing to him after his first stand-up experience. Lots of "bits" for which Seinfeld is famous are in the first chapter.  I was a little disappointed, feeling I've heard them before, having watched Seinfeld growing up and now occasionally on reruns.

The next chapters were about Seinfeld getting on the Johnny Carson Show and then about his sitcom. But the most interesting and enjoyable part came in the second half of the book.  After his hit TV show ended, the author talks about needing to "start over," with all new material, asking the question, "Is This Anything?" Getting married and having a family provided Jerry with that new material.

I really enjoyed the second half of the book because it provides the classic Seinfeld prospective on all new topics- marriage, family, technology, and giant coffee mugs that we sip on all day, just to name a few. I listened to this on audiobook, which I highly recommend to hear the author's words in his own voice.  Read Is This Anything? by Jerry Seinfeld for an update on an old friend.