The Art of Star Wars: The Force Awakens 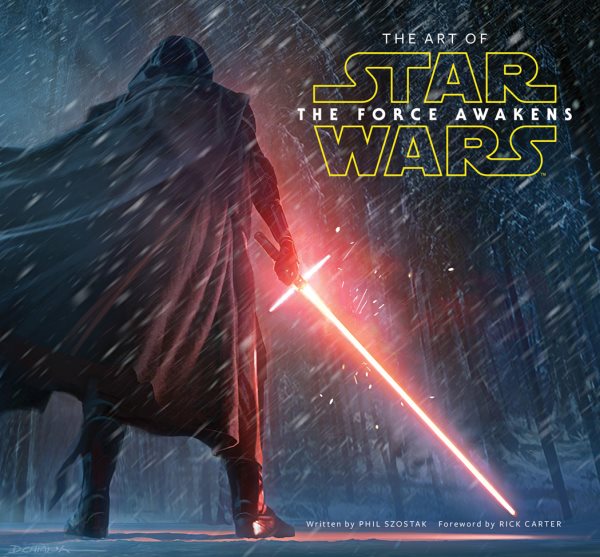 Staff Review: "The Art of Star Wars: The Force Awakens" by Phil Szostak

At first glance, this book appears to be filled with nothing more than large, colorful concept art images from the planning of “Star Wars Episode VII: The Force Awakens”. As it turns out, it has so much more to offer. Author Phil Szostak worked alongside the “Star Wars” art department as a researcher and image archivist from the early days of “The Force Awakens”’ initial planning in 2012 through the end of the film’s production in late 2014. Fans of the franchise will be delighted by the sketches, drawings and computer-generated images that were used to plan everything from planets, character wardrobe, spaceships, vehicles and new alien species. In addition, Szostak takes readers through the evolution of the film’s plot, characters and elaborates on how director J.J. Abrams balanced the series' new additions with its classic elements. Readers are also given an inside look at scrapped story lines and characters that didn’t make the final cut, as well as a few hints at what’s to come in the series’ next installment, “Episode VIII”. An interesting read for even casual "Star Wars" fans. May the Force be with you!