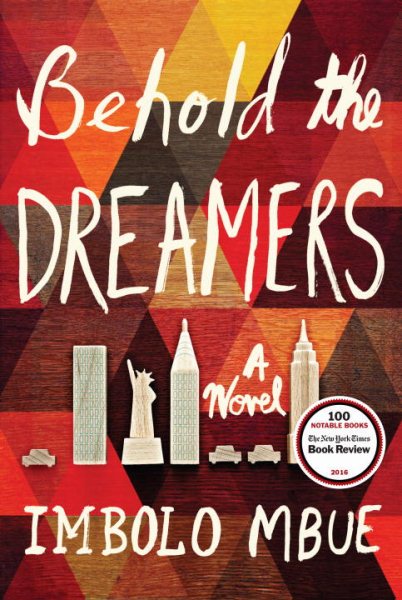 For years, Jende Jonga dreamed of making a life for himself and his family in the United States. A native of Cameroon, Jende has been living and working in New York City on a temporary visa for three years when his wife, Neni, and six year-old son, Liomi, immigrate to Harlem to join him.

It’s 2007, and a world of opportunity opens up for the Jongas while living in New York. Neni takes undergraduate classes in hopes of someday becoming a pharmacist while Jende becomes the private chauffer for the Edwards family: Wall Street executive Clark; his socialite wife, Cindy; and their two children. But just when everything is going right for the Jongas, Jende receives a letter from U.S. Immigration and Customs Enforcement informing him that his visa is set to run out and that he must appear in immigration court. Not long after, the financial crisis of 2008 hits, changing the lives of all of these characters forever.

Behold the Dreamers has so many charms about it that it would be difficult to name them all. Author Imbolo Mbue weaves the lives of the characters together in such a natural way, and makes all of their hopes, goals, struggles and strife feel incredibly real. It’s hard to predict where the story will take you next, much how the characters face an uncertain future in the wake of the Great Recession. The book is thought-provoking, dramatic, comedic and at times heartbreaking, but makes for an amazing experience as a reader.