The Boy, the Bird and the Coffin Maker 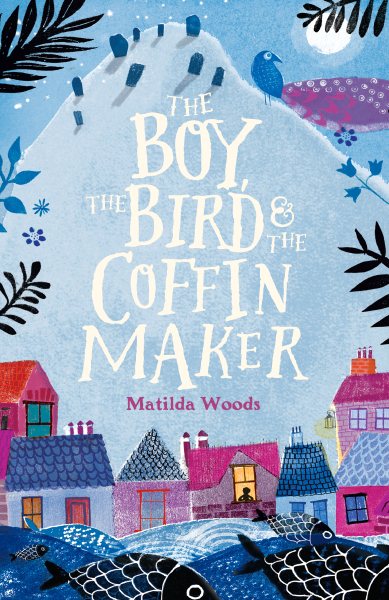 Staff Review: "The Boy, the Bird and the Coffin Maker " by Matilda Woods

Alberto never really thought much about his life, but he certainly never would have imagined that his wife and children would all die of a sickness plaguing their beautiful town that left a purple mark on their necks. A master carpenter, he could not bear having them thrown into the sea as other deceased victims were, so he made wooden coffins and buried them in the hilltop graveyard, suddenly making him the “coffin maker” in town that everyone began turning to whenever there was a death. Alberto trudges on in his sad and lonely life in the beautiful town of Allora until one day when his life changes dramatically. A small, magnificent, magical bird flies into his life, followed by a sad, scared young boy named Tito in need of help and refuge from a cruel father who doesn't love him, and only wants to control and possess him. This small, beautiful, powerful, captivating story about life, love, friendship, and possibilities is magical realism at its best and absolutely impossible to put down. Don’t miss this beautiful story!