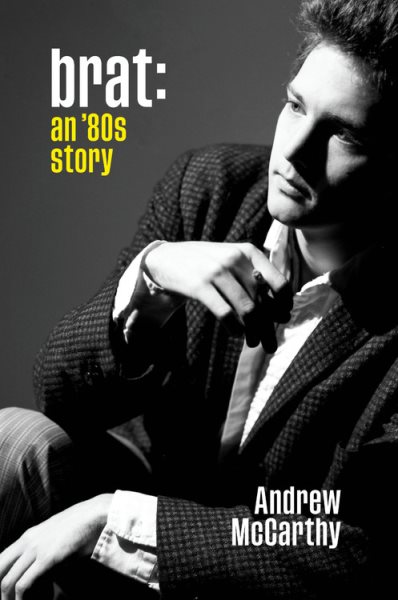 Andrew McCarthy, known for teen movies such as Pretty in Pink, St. Elmo's Fire and Weekend at Bernies, was a crush most young girls secretly had in the '80s. Including myself. I say secretly, because Andrew McCarthy wasn't your typical heartthrob. He often wasn't the lead role in his movies during that time period, but in supporting roles behind actors of bigger star status. His roles made him seem more like the sweet boy next door or the brooding loner that piqued our interest. In this memoir, McCarthy lifts the veil to reveal just how brooding he really was. Full of self-doubt, missing the support of his father and falling to the temptations of drugs and alcohol, he writes candidly about navigating his way through Hollywood and through his lack of confidence, only to emerge a success both professional and personally. The book also sheds some light on the Hollywood world and the perks it affords those in it.

You sometimes need to reinvent yourself to survive. McCarthy shares how he has done this, a number of times. If you were/are a fan of Andrew McCarthy, loved '80s movies or just interested in seeing a glimpse into the '80s,  pick up a copy of Brat: An '80s Story. I started reading this book and switched to audio after learning that McCarthy narrates the audio version himself.  Hearing him tell his story in his own voice added to the enjoyment of this read.