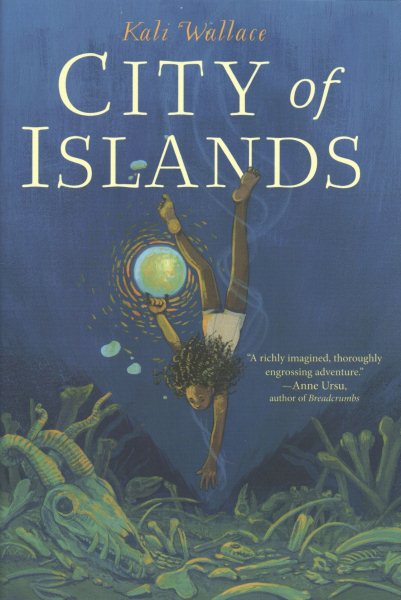 Orphaned as a child, twelve-year-old Mara works as a servant for the powerful Lady of the Tides by diving into the murky sea for ancient artifacts supposedly containing residual magic from the magical Founders who built their beautiful city thousands of years ago. While diving with her friend Izzy, Mara begins hearing songs reminiscent of the songs her mother used to sing to her, leading her to some strange bones that appear to be singing to her. Instead of her mistress being pleased with this discovery. and being given the opportunity to study magic as she hoped, Mara is interrogated and asked to perform an extremely dangerous and seemingly impossible task— to break into the ancient Founders' fortress, the Winter Blade, believed to be bewitched by numerous spells, enchantments, and full of magical secrets left behind by the Founders and the power-hungry mages/masters that have lived there. What she discovers brings more danger and uncovers secrets, not only concerning the Founders and the powerful resident mage, but also surprising revelations about Mara and her heritage. Written for tweens, this intriguing and well-imagined fantasy will be enjoyed by everyone.