Dataclysm: Who We Are (When We Think No One's Looking) 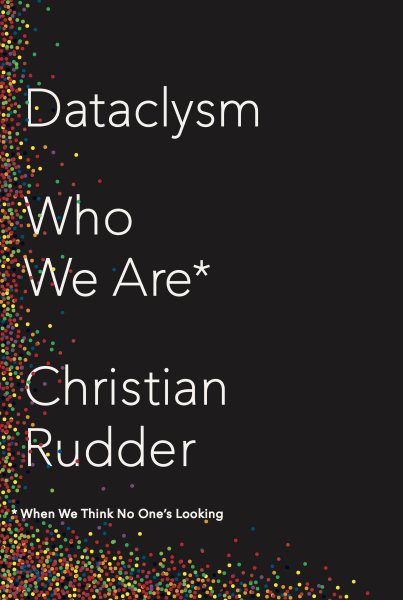 Staff Review: "Dataclysm: Who We Are (When We Think No One's Looking)" by Christian Rudder

Mr. Rudder is a Harvard-educated mathematician and co-founder of OkCupid, an online dating service. If you want to explore the world of number crunching in the modern world of media and technology, this book is it. He shows through multiple examples, graphs and analysis what numbers reveal (that sometimes people are loath to). Much of the book uses OKCupid data sets to explore a variety of societal issues from who is attracted to who and why, why less attractive (by their own self report) get more offers of dates, how and why news travels seemingly “at the speed of light” on certain social media sites such as Twitter and more. There is a saying that “the numbers don’t lie” and this book shows you why this is true in many circumstances. Using actual data, he demonstrates what lies behind the numbers. He ends the book with a cautionary note and discusses the recent controversy over the NSA’s (National Security Agency) revealed “snooping” on pretty much all Americans. (As a note, he shares when at Harvard, NSA reps recruited the most talented math talent to work for the agency). The author cautions that data mining is real and everything about our lives is currently being sifted for potential gold by both good guys and even bad guys for good and perhaps unacceptable purposes.