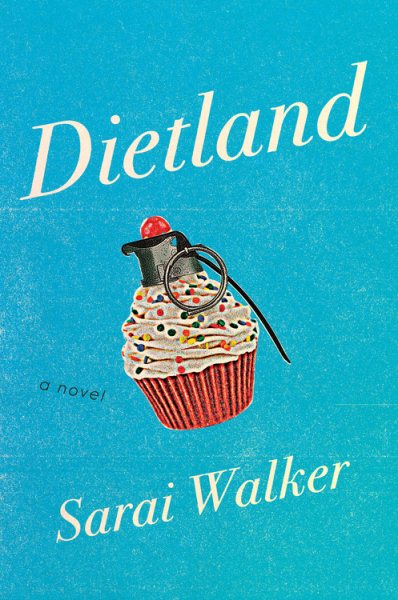 Plum Kettle has struggled with her weight for as long as she can remember. Now in her late 20s, she weighs over 300 pounds and has isolated herself away from most of society. But she’s formulated a plan to change her life completely: get lap band surgery, shed the weight and adopt an entirely new, more confident personae.

Plum lives in New York City and ghostwrites an advice column for a magazine aimed at teen girls. Keeping the same routine every day, Plum easily notices when she begins being followed by a young woman with a punk-rock look. The woman’s interference in Plum’s life leads her to a group of liberated, forward-thinking women who try to teach her about body positivity. Meanwhile, a militant feminist group called Jennifer is taking the world by storm, killing rapists, sex offenders, models and adult film stars who promote the objectification of women. Could Jennifer and the group Plum has become adopted into be one in the same?

I found Dietland interesting due to the juxtaposition of its storyline and tone. It was fun to see the different ways Plum develops self-worth and realizes her value, offset by the mystery surrounding Jennifer and the various vigilante acts the group conducts. Though this book was originally released in 2015, before the Time’s Up and #MeToo movements, the story seems even more relevant now.