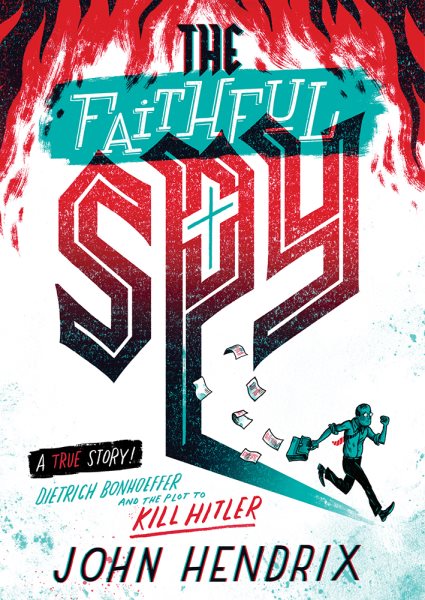 This creative, colorful, biography tells the life story of Dietrich Bonhoeffer, a German Lutheran pastor, a member of the German Resistance, and double agent working for the Abwehr during World War II. Bonhoeffer opposed Hitler’s ideology of Aryan supremacy early on in his rise to power, long before the outbreak of the second world war. He watched with increasing anxiety and disgust as Hitler and his Nazi party took over first the government and then the church in Germany. During this time of Nazi censorship, Bonhoeffer was never afraid to preach against policies which were at odds with what he felt was right according to God’s word. He believed Christians had a duty to protect others and that to live for Christ meant to live for others. He taught these principles at the rebel seminary supported by the Confessing Church. He was also dedicated to acting on these strongly held beliefs through his work as an agent in the Abwehr.

Hendrix does an excellent job explaining the work of  the German Resistance movement in which Bonhoeffer was involved (the network of spies working in name for the Abwehr, but acting as double agents) including its three failed plots to assassinate Hitler. These historical figures are depicted as fierce German patriots who worked against Hitler and his henchmen at the peril of their own lives. Direct quotes taken from Bonhoeffer’s writings are also included throughout the text which reinforce the concepts explained in a way young readers can understand. I highly recommend this book for higher level readers with an interest in World War II.