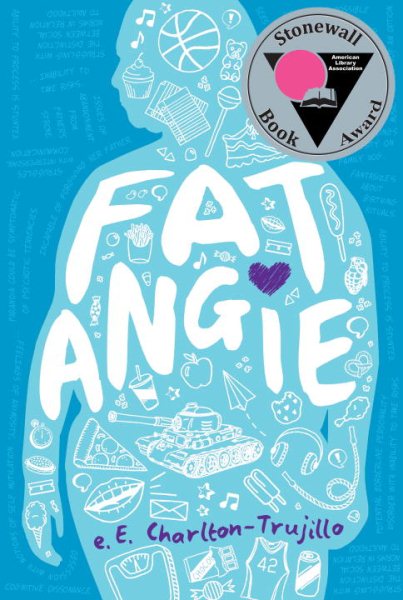 Angie has issues:  her parents'' divorce, her annoying older brother, her missing presumed dead sister, the bullies at school, her weight.  Angie''s life changes  when KC arrives at school.  KC is everything Angie''s not, but that doesn't stop them from becoming friends.  As their friendship blossoms into a romance, Angie must confront her belittling mother, her mean bully and the ghost of her sister in order to become who she really is.

Angie''s story really struck a chord with me...here was a character that didn't seem to have a single thing going for her:  She''s bullied at home and at school, is depressed over her sister''s disappearance and can''t seem to do anything right, including a suicide attempt.  She''s the ultimate underdog.  And yet there was something about Angie that made her stand out, her resilience.  She doesn't give up in the face of bullying at school and eventually makes the varsity basketball team.  She manages to lose weight and finally accept her sister''s death.  The author did a masterful job of portraying just what it''s like to be the butt of every joke, to not have your feelings, thoughts or self accepted by your parents or peers and to be completely outcast.  While the change at the end isn''t drastic, it''s an amazing first step towards self acceptance.  In the end, Angie''s story made me cry.

This would be great paired with "The Earth, My Butt and Other Big Round Things," to compare how the main characters deal with similar situations, including a family tragedy and uncomprehending parents.  Both books had moms that would give Snow White''s step mother a run for her money--clueless and self involved, both mothers try everything to make their daughters into something "better," but never understand who their daughters really are or what they really need from them.  This would be a great read for moms and their daughters to share.