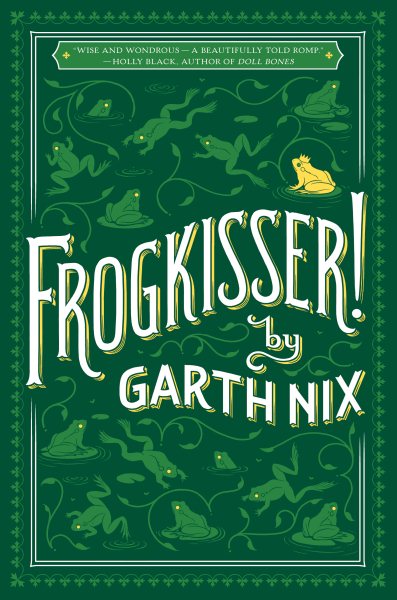 Anya is a princess in a tough situation but with quite a gift. She is the Frogkisser. When Rikard, her evil, power-hungry, sorcerer stepfather takes over the kingdom of Trallonia and begins transforming people that get in his way into frogs, lizards and other critters, Anya discovers she has a magic gift all her own. With some magic lip balm and the puckering of her lips she can transform frogs and other creatures back into their human forms with a simple kiss. Turns out that the lip balm supply is low and Anya must hunt out the rather unusual ingredients to make a new batch--things like witch’s tears and blood from a retired druid. What begins as an ingredient search turns into a full-fledged significant quest to defeat evil Rikard and take back the royal kingdom. Armed with a very wise, talking royal dog, some frogs and a newt who once was a ten-year-old boy, and an eccentric magic carpet, the gift of a rather unusual wizard, can a reluctant princess really restore order and kindness to the kingdom while kissing frogs and transforming them back into humans in exchange for their help?  Readers of all ages will enjoy this fun, adventurous, fantasy with several humorous characters and twists.