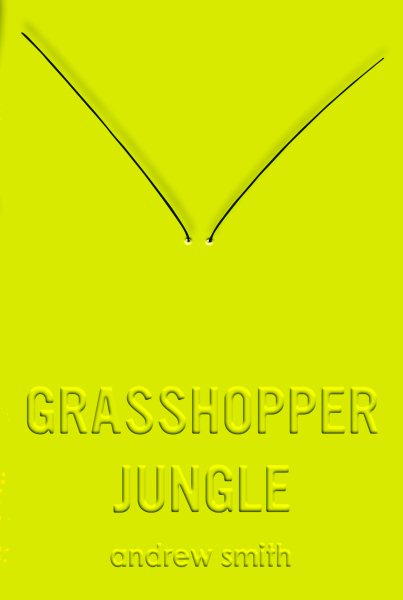 Printz winners tend to be edgy and controversial. "Grasshopper Jungle" by Andrew Smith is no different. Set in a small Iowa town, "Grasshopper Jungle," at its simplest is the end of the world as we know it wrapped around a coming of age story, but that description just doesn't do it justice. Austin and his friend Robby break into the local second hand shop, only to discover a wealth of unusual items in the owner's office. At the same time a group of bullies breaks in One of them steals one of the glowing balls and accidentally drops it in the alley during the escape. Little does anyone know that the glowing ball contains a plague that causes humans to mutate into six foot tall indestructible praying mantises. Everyone who's watched a nature show knows that insects tend to spend their time doing two things: eating and procreating. So too, do these "Invincible Soldiers," eating everyone in sight, until one of them lays eggs in one of the newly abandoned houses.

While Austin charts the downfall of the civilized world, he charts his own history, his family's history, the history of the town and mad scientist who created this plague. Luckily, this mad scientist, also created a fallout shelter in case the plague got loose. Austin, Robby, Austin's girlfriend, Shann, Shann's parents and Robby's mom, along with the Asian cook from the pancake place all manage to make it to the shelter before the Invincible Soldiers take over all of Iowa and the rest of the United States.

But the Invincible Soldiers and the history of the end of the world is only half of the story. The other half is about Austin's continued confusion about who he really loves: His girlfriend or his best friend.

Andrew Smith has a knack for creating unforgettable characters and scenes that make the reader squirm (in the best of all possible ways...) Austin is endearing in his confusion and earnest in his desire to record history and the ways that history makes us who we are and leads to the world we inhabit. Austin truly exemplifies the sixteen year old boy, down to his emotional and sexual confusion and knack for not showering and skateboarding even as he discovers the surreal truth about the gigantic mantises who are eating their way through town.

In the end, "Grasshopper Jungle" isn't for everyone, but if you enjoy surrealistic coming of age stories that happen while the world ends in a way that would make John Waters grin manically, this is the book for you.