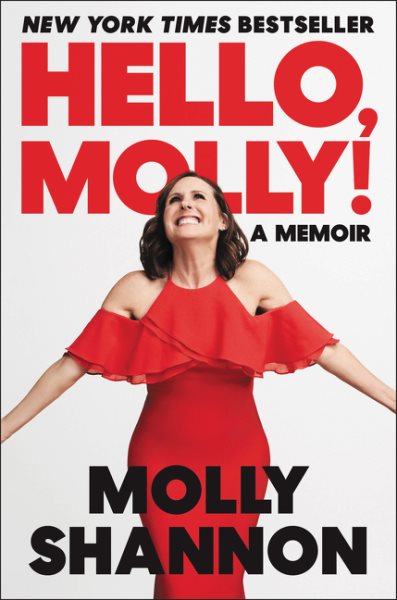 Actress Molly Shannon broke onto the national scene in the mid-1990s after joining the cast of NBC’s Saturday Night Live. During her six-year stint on the show, she introduced the world to such iconic characters as the high-kicking, jumpsuit wearing Sally O’Malley; licensed “joyologist” Helen Madden; and the awkward, clumsy, armpit-smelling Mary Katherine Gallagher. Since then, she’s gone on to star (and guest star) in several TV series and movies, most often in eccentric comedic roles.

Long before hitting the big time, Shannon was born and raised in Shaker Heights, Ohio. When she was just four years-old, her entire family was involved in a drunk driving accident caused by her father. The accident claimed the lives of Shannon’s mother, younger sister and one of her cousins, and left her father with permanent injuries. That accident loomed over much of Shannon’s youth, and affected her long into adulthood.

What also played a large part in Shannon’s upbringing was her father’s penchant for comedic hijinks and show business in general. The two would often act out improvisational skits and sing show tunes together, with Shannon eventually joining children’s theater groups and performing in larger regional stage productions. Years later, while working as a server in Los Angeles, her unconventional comedy shows caught the attention of SNL’s producers, and the rest is history.

Along with reading about Shannon’s unconventional childhood and journey of breaking into the entertainment business, the most interesting aspect of Hello, Molly! was reading about the unique relationship she had with her father. It was at times silly, sometimes volatile, but always loving. Especially entertaining was the anecdote about Shannon’s father betting her that she couldn’t con her way onto an airplane, only to see Shannon and her best friend (who were tweens at the time) talking their way onto a flight to New York City and spending a day in the metropolis unchaperoned. Such a feat today would be unimaginable.

Hello, Molly! is a charming and endearing memoir. I listened to the audiobook version, which is narrated by Shannon herself, and also paged through the hardcover book, which contains a fun collection of personal photos. I highly recommend both.