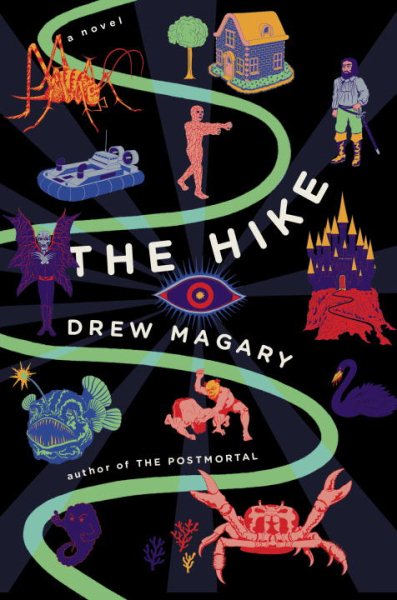 Ben is an average thirtysomething family man who embarks on what he believes will be a short hike in rural Pennsylvania. Ben quickly becomes lost when he is pursued by knife-wielding, Rottweiler-faced maniacs and falls deeper into the woods. With no choice but to move forward on the path he's found himself on, Ben soon finds himself farther away from home than he ever thought possible, encountering oversized insects, a crude-talking crab, a man-eating giant, skinless reanimated corpses and more.

Along the path, Ben must withstand various mental, physical and emotional trials, including hunger, thirst, homesickness, torture and abuse. Along the way, Ben learns that he is at the mercy of The Producer, a mysterious behind-the-scenes figure who selected him for this journey. Ben must stay the course and endure the obstacles of the path in hopes of someday returning to his loving wife and three children.

"The Hike" is a modern-day twisted grown-up fairy tale, parts "Alice in Wonderland," "The Wizard of Oz" and "The Odyssey," with a heavy dose of Chuck Palahniuk absurdism thrown in. Until now, I had never read a book quite like this one. One of the most appealing things about the novel was that I had no idea where the story was headed, much in the same way Ben has no idea where the path will take him next.