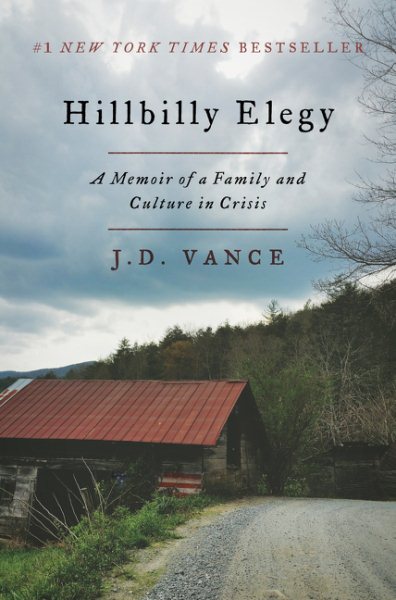 Author J.D. Vance grew up among what he refers to as “hillbillys” – white, working class (and mostly poor) folks in Appalachia. Vance spent his adolescence split between extended family in Jackson, Kentucky and in Middleton, Ohio, a town in a state of decline after its main source of local jobs closes, leaving thousands without a job.

In this memoir, Vance recounts being raised by his mother, a former nurse-turned opioid addict who brought a revolving door of men into his life; his Papaw, a man who was able to transition his family from poor to middle class through years of hard work; and Mamaw, an opinionated, no holds barred woman who often cared for J.D. and his sister when their mother became unreliable.

Along with talking about his upbringing, Vance also devotes a large portion of the book to lamenting about the current state of society and what causes some people to stay rooted in poverty while others are able to rise above and make more stable lives for themselves. Namely, he expounds on how vital things like a nurturing home life, education, motivation and having a support system of family and friends to rely on can make all the difference in someone’s life.

It was interesting to delve into the life of someone else and hear about his experiences, which were so much different than my own, and hear how his life in Appalachia shaped his views about the world, how it works, and how to find success.