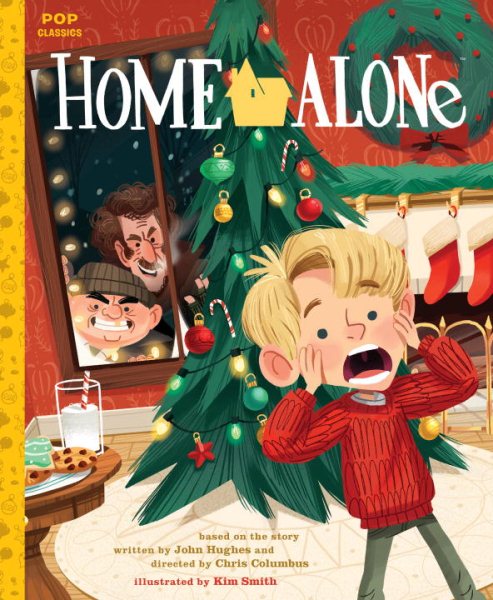 Home Alone is a classic holiday film that's widely loved and appreciated. It's a film that pops up like clockwork every December and never gets old, no matter how many times you watch it (at least in my experience!)

If you and your kids are fans of Home Alone as much as I am, you can now experience the film in the form of an eye-catching illustrated children's book! Based on the beloved film, the story follows youngster Kevin McCallister, who gets into a fight with his family on the eve of a Christmas vacation to Paris. Kevin wishes his family would disappear and when he wakes up the next morning, he finds he's gotten his wish. At first, Kevin rejoices at having the house all to himself - having an ice cream sundae for breakfast, cruising down the staircase on a toboggan - but soon grows to miss his family. Along with wishing for his family's return, Kevin also has to contend with Harry and Marv, two burglars who attempt to break into the McCallister house Christmas Eve.

Just like the movie, the Home Alone children's book features many of the memorable scenes from the movie, including Kevin setting up booby traps to ward off Harry and Marv and forming a friendship with his next door neighbor, Old Man Marley. The book excises Kevin's extended family from the story and cuts out some of the more mature aspects from the film, making it more kid-friendly, especially for younger children. What also sets this book apart and breathes new life into the story are the illustrations, which somehow make the story seem more contemporary yet retains the classic charm of the original film. This is the perfect book to read at bedtime if you and your kids love the movie but don't want to spend two hours watching the film!