I Am Still Alive 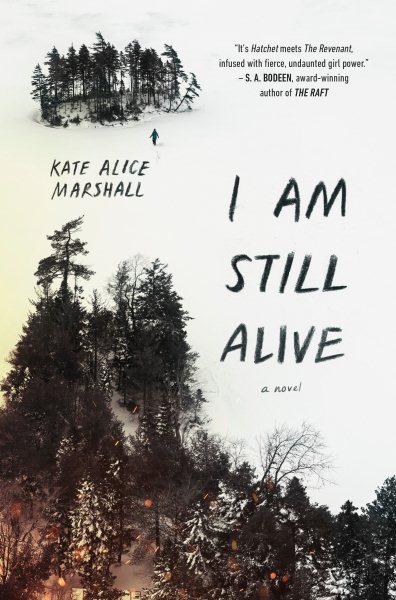 Staff Review: "I Am Still Alive" by Kate Alice Marshall

Jess Cooper is still alive, for now. Suffering from injuries from an accident that claimed the life of her mother, Jess is shuffled off to her only surviving relative, her father, who she hardly remembers, and who, she discovers, is living much further off-the-grid than she ever could have imagined. She hates it in the middle of nowhere and desperately wants to leave, but finally agrees to a pact with her father to try it for a year.

Just as she is beginning to know her father a little and learning a few survival tips from him, she secretly witnesses his brutal murder by two armed strangers who arrive by plane and obviously want something from him that he cannot or will not deliver. They finally depart, leaving Jess alone in this stark, unforgiving wilderness with her dad’s dog and the burned-down cabin, trying desperately to figure out how to find food and shelter and survive until someone comes back, but what if it’s the men who murdered her father who return first.

Chapters alternate between Jess describing her life “Before” and “After” the death of her father.  This addictive teen survival story will keep you on the edge of your seat, frantically turning pages until the end. If you love survival stories, (and even if you don't), this one’s definitely for you!