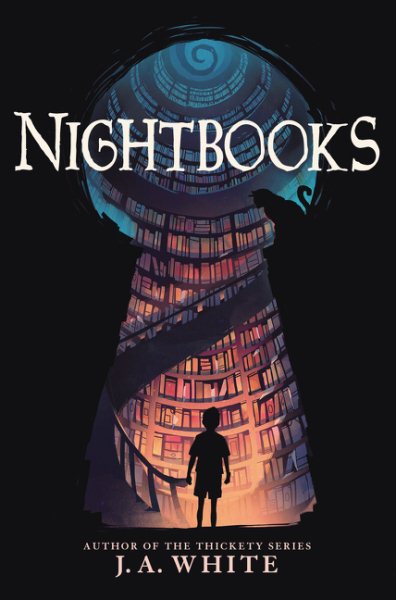 Alex loves scary stories, the scarier the better. His favorite movie is Night of the Living Dead,  so when he sneaks out of his parent’s high-rise apartment, he is naturally drawn to an odd level apartment where he hears the movie playing. However, when Natacha invites him in, he discovers that there appears to be no way to escape. The apartment is enchanted by this witch, Natacha, who orders him to write and read his scary stories to her every night, even though there is a whole library of scary books on the library bookshelves. A bitter, hopeless girl named Yasmin, is also a prisoner of the witch and forced to cook and tend to the witch’s botanical garden and mix magical oils. But after several of Alex's stories are destroyed, will he have enough to survive the witch's wrath just long enough to find a way out for both of them? Written for tweens, this dark contemporary fairytale,  reminiscent of the classic, Hansel and Gretel, is a first-rate fantasy by the author of the Thickety series that I also loved. I recommend this book highly to all fantasy and horror readers who may also enjoy the many scary stories within the main story.