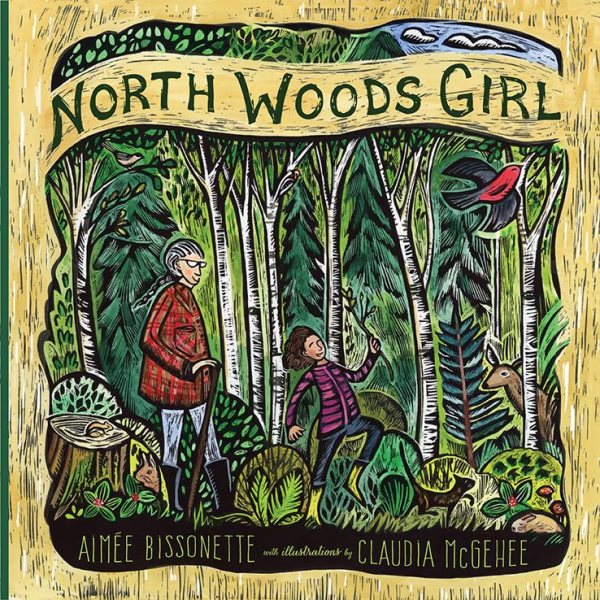 In an age of computers, smartphones and tablets, it can sometimes be difficult to draw kids' attention away from such devices and get them outside. The young, unnamed protagonist in "North Woods Girl" eschews such technological temptations in favor of exploring the great outdoors with her rustic, nature-loving grandmother, who lives deep within the north woods of Minnesota. The book chronicles the young girl's visits to grandma's house throughout all seasons, showcasing the duo as they listen to croaking frogs in the spring, grow and can their own fruits and vegetables in the summer, watch geese as they make their trek south in the fall and go for moonlight snowshoe walks in the winter. Instead of baking and performing other homemaking duties like so many other grandmothers traditionally do, this grandma wears flannel, carries a walking stick with her wherever she goes and relishes in the simple, quiet life that she leads. Along with exalting the many wonders that nature (and the creatures who inhabit it) have to offer, the story also strongly emphasizes the strong familial bond that often develops between grandparents and grandchildren.