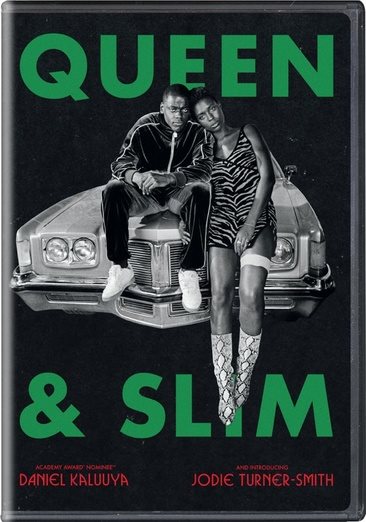 A forgettable first date quickly turns tragic for a black woman and her companion, a black man who kills a police officer in self-defense during a traffic stop.

Rather than risk immediate arrest over the killing, the man and woman (played by Daniel Kaluuya and newcomer Jodie Turner-Smith, respectively) are forced to flee the scene and drive across the country. Their quest to lay low and hide out becomes much more difficult when dash cam footage of the killing from the police car goes viral and a nationwide manhunt puts the pair's pictures on every TV screen and newspaper. They do find help from friends and sympathizers along the way, but will it be enough to keep them from being captured?

Writer Lena Waithe and director Melina Matsoukas are mostly successful in balancing the tension faced by the hunted couple and the relationship that develops between them, though their chemistry seems a bit forced at times. Also, their predicament is never fully placed into a broader context of criminal justice or racial profiling. Their attempts to explain their side and justify their actions are made to other characters they meet along the way, but you'll have to watch yourself to see whether the public at large hears what they have to say.

All in all, it was pretty good, and I'd give it 3.5 stars, if that was an option. Not the greatest film, but definitely not the worst, with a decent soundtrack and some nice cinematography. Rated R|132 min.