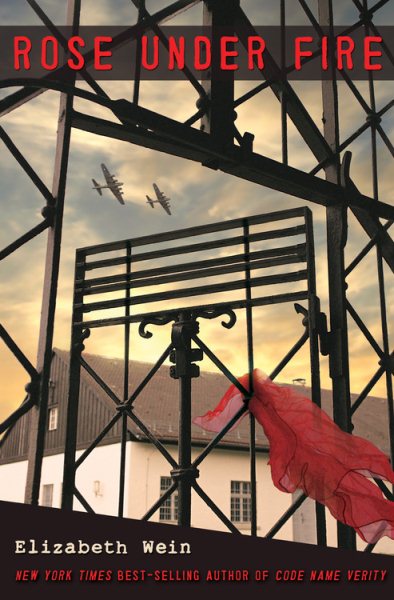 Rose Justice, an American Air Transit Auxiliary (ATA) pilot, is captured by the Germans in late 1944 and sent to the concentration camp for female prisoners at Ravensbrück. She struggles learn the rules of the camp, whether those imposed by the guards or those of her fellow prisoners. The novel paints a vivid portrait of life in the prison camp and Rose’s struggle to survive and serve as a witness and report the names of the” Rabbits,” women subjected to Nazi medical experiments. Rose Under Fire is a companion book to the critically praised Code Name Verity, and characters from that novel enter into Rose’s story, including Maddie Brodatt and Julie’s brother Jamie. While the stakes remain high, the narrative structure of Rose Under Fire is not as complicated as Code Name Verity and lacks some of Verity’s flair. However, I found myself invested in the fate of Rose and her new “family” of fellow prisoners and the actual history behind the fiction.