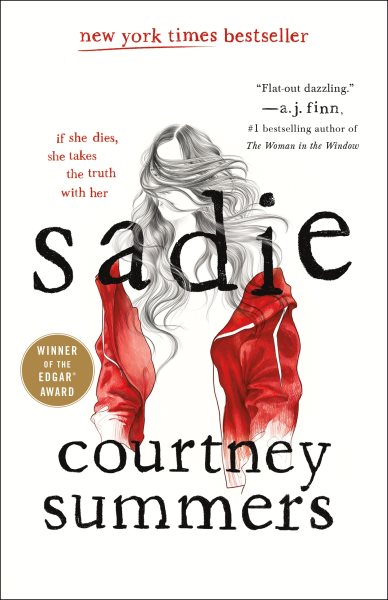 Sadie is alone in the world.  Her sister was murdered and her mother has abandoned them.  With nothing to lose, Sadie sets out to find the person she believes is responsible for her sister's death.  Told from two perspectives, Sadie's own and from the perspective of a podcast producer/narrator, this novel is an intricate puzzle.  The reader needs to pay attention to the clues that have been left along the way by Sadie, as well as the explanations from the podcaster, West McCray,  in order to reconstruct not only the story itself, but Sadie's personal history and beliefs.  If you like novels that are wrapped up neatly and tied with a bow, "Sadie" isn't the book for you.  We are left to wonder exactly what will happen if Sadie gets her revenge and where she will go from there.  For me, the unique point of view of someone who is not intimately tied to Sadie and her family but curious about what happens is an unusual counterpoint to being able to witness Sadie's inner thoughts, memories and hopes.  The writer was able to accurately portray how a podcast might tell Sadie's story so well that I was able to "hear" the podcast as I read.  In addition, she did an excellent job of portraying the different people that Sadie meets along the way and how they react to her and how differently they react to West McCray when he speaks with them, which subtly highlights class differences in America. Overall, an interesting book that tells an unusual story.