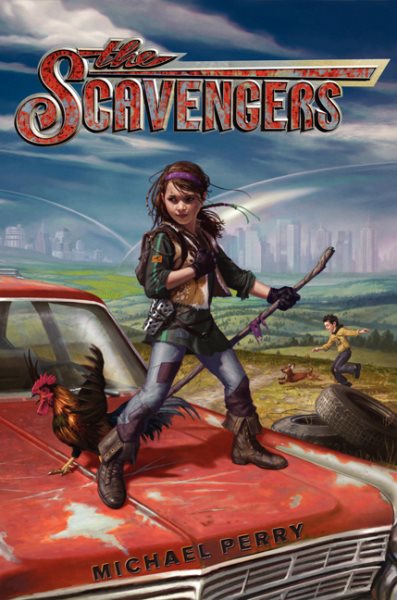 Don't miss Wisconsin author Michael's Perry's foray into children's fiction, even if you are a grown up! This dystopian chapter book follows twelve-year-old Maggie, (who later renames herself Ford Falcon) her life living outside of the Bubble Cities, and her quest to find her parents after they mysteriously disappear. Despite the futuristic, sci-fi plot, adult fans of Perry's nonfiction will enjoy the little quirks and references to farm life in this book. There is a cranky rooster named Hatchet, neighbors that seem to draw their inspiration from Perry's own neighbor Tom and his wife from "Visiting Tom," and even an homage to Bon Iver. Tweens will love the humor and the adventures of tough Maggie/Ford Falcon. I was disappointed with last third of the book, because the pace felt rushed compared to the rest of the story. While I'm glad Perry avoided a predictable ending, it still felt a bit clunky, but perhaps I felt disappointed because I didn't want this book to end!