In the Shadow of Blackbirds 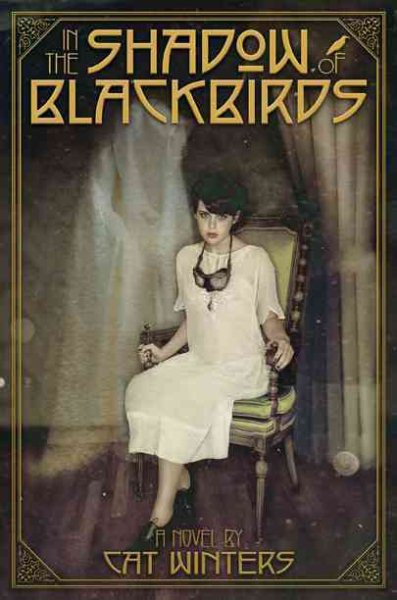 Staff Review: "In the Shadow of Blackbirds" by Cat Winters

This powerful debut from Cat Winters is unforgettable! Set in 1918 during the peak of the Spanish influenza pandemic, the story follows Mary Shelley Black, who moves to San Diego after her father's arrest. Mary Shelley moves in with her widowed aunt, who is fascinated by séances and a local spirit photographer. Mary Shelley struggles with the constant fear of the flu, her conflicting feelings about her father's arrest for his anti-war views, and the death of her first love Stephen. But a series of paranormal occurrences make Mary Shelley rethink her perspective on life and death as she fights to uncover the truth behind Stephen's death. Winters recreates the horrors of life in the fall of 1918, and makes her readers think about the lasting effects of war with each turn of the page. Aspiring photographers (and many readers) will enjoy the archival images displayed throughout the book, as well as the detailed descriptions of photography in the early 20th century. This debut novel was a finalist for the Morris Award and received accolades from the "School Library Journal."