She Loves You (Yeah, Yeah, Yeah) 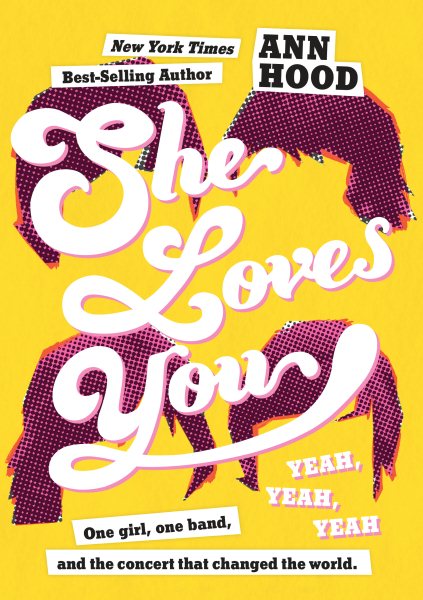 Trudy Mixer feels like she has lost control of her young life. She has been ostracized by her classmates ever since the new substitute teacher called her by her real name—Gertrude—and her best friend has left her for the future cheerleaders group. Practically the most important job of her life is running The Robert E. Quinn Junior High Beatles Fan Club (the original Rhode Island chapter), which now only includes the three dorkiest kids at school. The issue most concerning Trudy, however, is her relationship with her dad.

Trudy and her dad bonded over the Beatles. Since the Beatles first appearance on the Ed Sullivan Show they have been singing along with their songs on the radio and listening to their albums together. But as Beatlemania winds down and the band enters its psychedelic phase, Trudy feels like she is losing him. He works most of the time and reads the paper during family dinners, hardly looking up or listening to her at all. She has to do something that will impress him!

Her plan eventually involves going to see the Beatles at Suffolk Downs in Boston with three other members of the fan club and (somehow) meeting Paul McCartney. Not only will this restore her dad to her, she thinks, but it will also get the rest of her life back on track. Each of the other members of the club has his or her own reasons to meet Paul, and looks to this event as a magic solution to their problems. Tension mounts at the book’s climax as readers wonder if the group will ever achieve its goal.

Trudy’s lists are one of the features I loved most about this book: “things that have made me excited,” “things I love about Dad,” “things that make me angry.” These are hilarious to read and give readers valuable information about her life. Fans of I Love You, Michael Collins by Lauren Baratz-Logsted will enjoy the similar first-person narrative style and historical backdrop of the 1960's. So get out the popcorn, put on The Beatles Live, and read this book!