The Thing About Jellyfish 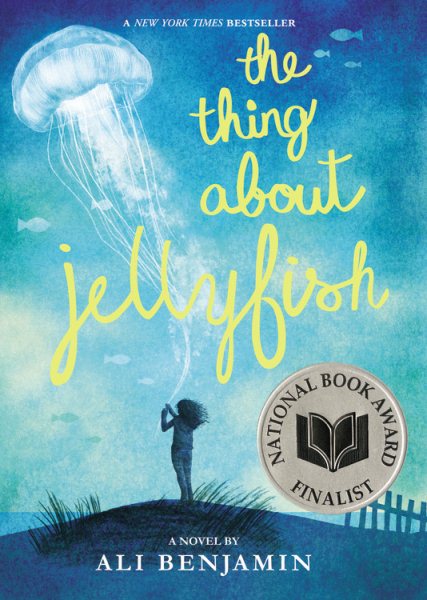 Staff Review: "The Thing About Jellyfish" by Ali Benjamin

It doesn’t make sense. How could it happen? She’s sick of hearing people say “some things just happen.” It isn’t really a reason. For a scientific thinker like seventh-grader Suzy Swanson, there has to be an explanation. Franny Jackson, her twelve year-old best friend, was an excellent swimmer, so how could she have just drowned?

Bit by bit, through many flashbacks interspersed among this novel, we begin to see and understand Franny and Suzy’s relationship, from the idyllic beginning when it was just the two of them, to when it suddenly changes and Franny begins to make other friends. Franny makes many overtures to invite Suzy to join her new group of friends but she continually refuses. Instead, Suzy becomes increasingly more lonely, sad, angry and resentful. Vulnerable, grief-stricken, and guilt-ridden after Franny’s death, Suzy desperately searches for logical explanations where there appear to be none. She turns outward--to the jellyfish she discovers on a school field trip to the aquarium. The more she learns about the almost transparent Irukandji jellyfish, the more convinced she becomes that they are the villains, not her. Sometimes there are no answers, just more questions.

This powerful book, written for tweens, is about life and all its messiness--family and friends, beginnings and endings, survival and acceptance, embracing love and hope, and letting go and moving on. It is a rewarding read.