The Truth As Told by Mason Buttle 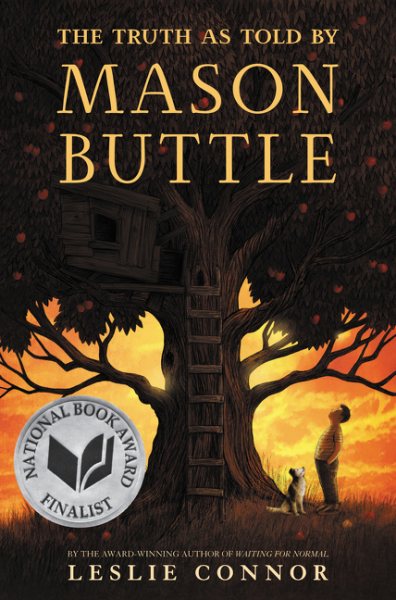 Staff Review: "The Truth As Told by Mason Buttle" by Leslie Connor

Mason Buttle appears to have almost all the cards stacked against him. He’s taller and bigger than all the other kids in his seventh grade class. He sweats profusely, so much so that he brings another shirt to school with him every day to change into later in the day.  He has trouble with words, writing them and reading them. He lives in a ramshackle home he calls “the crumbledown” in a remote area.  He is mercilessly tormented and bullied by kids in school, especially by his neighbor, Matt Drinker, who not only verbally abuses him repeatedly every day, but who, with his friends, throw lacrosse balls and apples at him after school which sting and cause bruises.  In addition to everything else, he is dealing with grief over the death of his mother who died in a car accident under mysterious circumstances, and consumed by grief over the recent death of his best friend, Benny Kilmartin who fell from a ladder in Mason's family apple orchard. And then there’s Police Lieutenant Baird, who repeatedly shows up to question Mason relentlessly, implying that he must be lying about his role in his friend’s death, especially because it is so hard for him to express himself..

Fortunately Mason has a new friend, Calvin Chumsey, who is short, thin, funny, kind, loyal and also the target of bullies. Together they create a secret underground hideout in an old root cellar to try to escape the relentless attacks by Matt and the other bullies. But when Calvin goes missing on one of their runs away from Matt and his gang, Mason is frantic. Is this going to be like last time when he lost his best friend Benny? Will anyone believe him and help?

Written for tweens, this triumphant story is a must read for all ages. It will sadden and gladden you. You may find yourself relentlessly rooting for this very kind, honest, special boy and his family who are stuck along with him in this sea of suspicion and grief. Full of wonderfully complex characters, this hopeful, heartfelt story is brilliantly told by award-winning author Leslie Connor. It is truly one of the best books I have read this year!