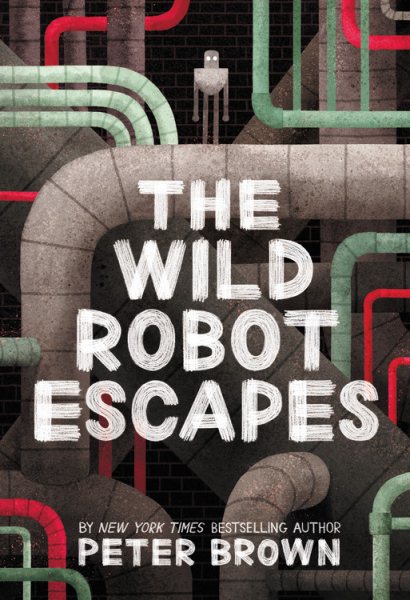 Author Peter Brown left us with hints of impending doom for our robot friend, Roz and her family, near the end of the previous book, The Wild Robot. At the very least we were fairly certain that changes were ahead for the characters we, (okay I), had grown to love, and of course these play out in this sequel. Roz has been brought to the mainland and is forced to help a farmer and his family on Hilltop Farm. She is separated from her island friends and beloved son, Brightbill, whom she misses terribly. Her only overarching desire is to escape, find Brighbill and return to her idyllic island home, which means she must face many risks in the bustling city and beyond on a possible journey home. With this book, as in the first, it’s the characterizations that keep us interested and engaged. It’s hard not to like Roz who embodies what it means to be truly kind and compassionate. I perhaps enjoyed this book, written for tweens, a bit less than the first book, but I still highly recommend it. A sequel appears to be planned from the hints again given near the end of this book, and I will definitely be eager to read more of Roz's adventures.