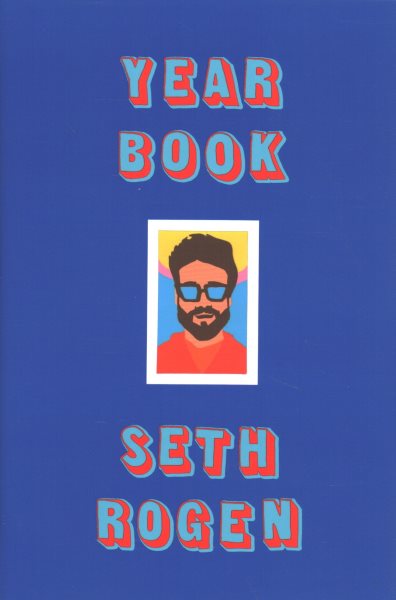 You probably know actor Seth Rogen from comedy films like Superbad, Knocked Up, Pineapple Express, and Neighbors. What you probably didn’t know is what an unconventional adolescence he had prior to making it big in Hollywood. It’s these stories (and others he tells about his life post-success) that make Yearbook such a delight to read.

Rogen always knew he wanted to be a stand-up comedian, and got his start at the age of 12 (!!!) when his parents let him sign up for a class for aspiring comedians in his native Vancouver. Despite being a preteen, his act often got some of the biggest laughs, and he started performing regularly in bars. After being cast on the short-lived series Freaks & Geeks at the age of 16, he dropped out of high school at and moved with his family from Canada to Los Angeles. It was on Freaks & Geeks that Rogen met writer/comedian Judd Apatow, who acted as a mentor and frequent collaborator.

Each chapter of the book features a different story from Rogen's life. Some are deeply personal, while others are hilarious recollections about interactions with fellow celebrities (Nicholas Cage, Kanye West, Tom Cruise, among others) or experiences he's had with drugs (Rogen became a regular cannabis user at 13 and says that it's something that has helped manage his OCD and Tourette syndrome). All of the stories are steeped in humor (and some heart), and reading the book almost makes you feel like you know Rogen personally. He's a tremendous storyteller, and that talent is evident throughout Yearbook​.